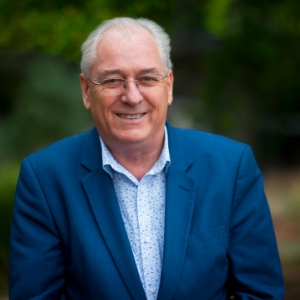 Glen O’Brien has been on the College teaching staff since 2009, having formerly served at Booth College, Sydney, as Head of Humanities and Head of Theology. He is a Uniting Church minister in the Yarra Yarra Presbytery with a placement to full-time theological education in The Salvation Army. As Research Coordinator at Eva Burrows College he administers the University of Divinity’s Higher Degrees by Research offered through the College as well as lecturing in Christian History and Theology, specialising in Wesleyan studies. He is Chair of the Research Committee of the University of Divinity and a Deputy Chair of Examiners in the University. He is also a Member of the University of Divinity’s Centre for Research in Religion and Social Policy, Vice-President of the Religious History Association, President of the Uniting Church National History Society, a Research Fellow of the Australasian Centre for Wesleyan Research (ACWR), an Honorary Fellow of the Manchester (UK) Wesley Research Centre, Member of the Australian Historical Association, and Member of the American Academy of Religion. He is a member of The Salvation Army / Uniting Church Dialogue.

A graduate of Kingsley College (Bachelor Theology and Master of Arts in Biblical Studies), Asbury Theological Seminary (Master of Arts Theological Studies) and La Trobe University (PhD in history), Glen has engaged in postdoctoral research on John Wesley’s political writings at Duke Divinity School (2011), Asbury Theological Seminary (2013), Oxford Brookes University (2014). He continued that research as a Visiting Research Fellow at the Manchester Wesley Research Centre for six weeks in the summer of 2015, and was elected a Member of the Oxford Institute for Methodist Theological Studies in 2013 and 2018.

He has published widely on Wesleyan and Methodist themes, including two volumes in the Ashgate Methodist Studies Series, many articles and book reviews in scholarly journals including The Journal of Ecclesiastical History, The Journal of Religious History, Methodist Review, Wesley and Methodist Studies, and the Wesleyan Theological Journal, as well as contributing numerous chapters to edited collections. In addition to his many publications (see below), he is the editor of The Journal of Wesleyan Thought (formerly Aldersgate Papers) the peer reviewed journal of the ACWR and has recently completed a full length monograph on John Wesley’s political writings.

Glen is co-supervising five doctoral students and is available for further supervision in the fields of Wesleyan thought, Methodist history, the Holiness Movement, Australian religious history, eighteenth-century studies, Trinitarian theology, or the doctrine of sanctification.

Associate Professor Glen O’Brien is currently co-supervising five PhD candidates on a range of topics including the worship life of Jesus, Post-independence proliferations of prophets in Ghana, the reception of Charles Wesley’s hymns in the spiritual literacy of Australian Methodists, Gender inequality in The Salvation Army, and Catherine Clibborn-Booth (‘la Maréchale’) as a preacher whose work subverted male authority.

He has also recently supervised Minor Theses and Research Essays on such topics as  Methodist lay preaching in the Port Phillip District from 1830-1855, collaboration with dialogue partners to communicate the gospel in a ‘post-truth’ world, the gap between belief and practice in The Salvation Army’s inclusion of LGBTQI persons, and the use of catechesis as a preventative factor in disaffiliation from Eastern Orthodox Christianity.

He has served as an external reader at Confirmation Panels for doctoral candidates at two other universities  - ‘The Importance of Churches and Church Grounds in Western Victorian Farming Towns’ (Deakin University) and ‘The Temptation of Captain Moonlight: A Case Study in Unbelief in Colonial Australia.’ (Charles Sturt University). Glen welcomes further supervision, especially in the areas of Wesleyan and Methodist studies, Australian religious history, and gender and sexuality.

To contact Glen please fill out this Enquiry Form